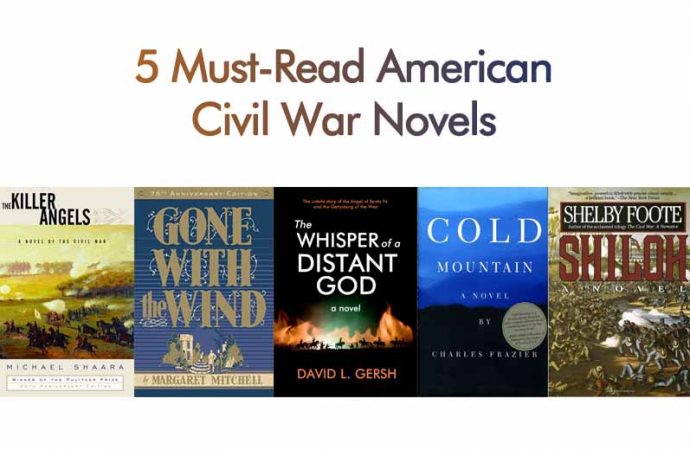 1. The Killer Angels by Michael Shaara “In the four most bloody and courageous days of our nation’s history, two armies fought for two conflicting dreams. One dreamed of freedom, the other of a way of life. Far more than rifles and bullets were carried into battle. There were memories. There were promises. There was love. And far more than men fell on those Pennsylvania fields. Bright futures, untested innocence, and pristine beauty were also the casualties of war. Michael Shaara’s Pulitzer Prize–winning masterpiece is unique, sweeping, unforgettable—the dramatic story of the battleground for America’s destiny.”

2. Gone with the Wind  by Margaret Mitchell “This is the tale of Scarlett O’Hara, the spoiled, manipulative daughter of a wealthy plantation owner, who arrives at young womanhood just in time to see the Civil War forever change her way of life. A sweeping story of tangled passion and courage, in the pages of Gone With the Wind, Margaret Mitchell brings to life the unforgettable characters that have captured readers for over seventy years.” “Charles Frazier’s debut novel Cold Mountain made publishing history in 1997 when it stood at the top of the New York Times best-seller list for sixty-one weeks, won numerous literary awards, including the National Book Award, and went on to sell over three million copies. Now reissued for its twentieth year, this extraordinary tale of a soldier’s perilous journey back to his beloved at the end of the Civil War is at once an enthralling adventure, a stirring love story, and a luminous evocation of a vanished land. Adapted into an Oscar-nominated movie starring Nicole Kidman and Jude Law, and a 2015 opera co-commissioned between Santa Fe Opera, Opera Philadelphia and the Minnesota Opera, Cold Mountain portrays an era that continues to speak eloquently to our time.” “This fictional re-creation of the battle of Shiloh in April 1862 is a stunning work of imaginative history, from Shelby Foote, beloved historian of the Civil War. Shiloh conveys not only the bloody choreography of Union and Confederate troops through the woods near Pittsburg Landing, Tennessee, but the inner movements of the combatants’ hearts and minds. Through the eyes of officers and illiterate foot soldiers, heroes and cowards, Shiloh creates a dramatic mosaic of a critical moment in the making of America, complete to the haze of gunsmoke and the stunned expression in the eyes of dying men.” 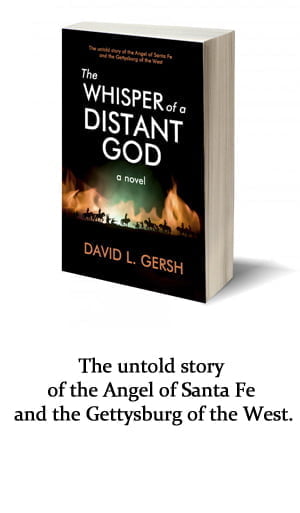