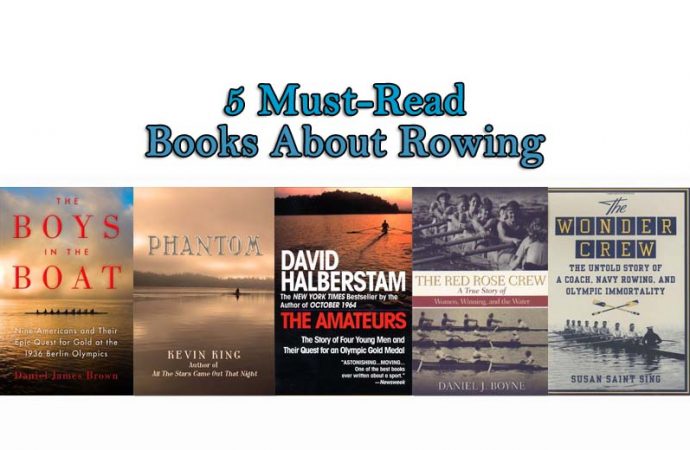 These must-read books about rowing are worthy of a place on your reading list.

1. The Boys in the Boat by Daniel J. Brown “It was an unlikely quest from the start. With a team composed of the sons of loggers, shipyard workers, and farmers, the University of Washington’s eight-oar crew team was never expected to defeat the elite teams of the East Coast and Great Britain, yet they did, going on to shock the world by defeating the German team rowing for Adolf Hitler. The emotional heart of the tale lies with Joe Rantz, a teenager without family or prospects, who rows not only to regain his shattered self-regard but also to find a real place for himself in the world. Drawing on the boys’ own journals and vivid memories of a once-in-a-lifetime shared dream, Brown has created an unforgettable portrait of an era, a celebration of a remarkable achievement, and a chronicle of one extraordinary young man’s personal quest.” 3. The Amateurs: The Story of Four Young Men and Their Quest for an Olympic Gold Medal by David Halberstam “While other athletes are earning fortunes in salaries and-or endorsements, the oarsmen gain fame only with each other and strive without any hope of financial reward. What drives these men to endure a physical pain known to no other sport? Who are they? Where do they come from? How do they regard themselves and their competitors? What have they sacrificed, and what inner demons have they appeased? In answering these questions, David Halberstam takes as his focus the 1984 single sculls trials in Princeton. The man who wins will gain the right to represent the United States in the 84 Olympiad; the losers will then have to struggle further to gain a place in the two- or four-man boats. And even if they succeed, they will have to live with the bitter knowledge that they were not the best, only close to it.” “In 1975, a group of amazing women rowed their way to international success and glory, battling sexual prejudice, bureaucracy, and male domination in one of the most grueling and competitive sports around. Among the members of the first international women’s crew team–and one of the first women’s teams anywhere–were Gail Pearson, the soft-spoken MIT professor who fought equally hard off the water to win the political battles neccessary for her team to succeed; lead rower Carie Graves, a statuesque bohemian from rural Wisconsin who dropped out of college and later became the most intense rower of the crew; and Lynn Stillman, a tiny sixteen-year-old coxswain from California.”

5. The Wonder Crew: The Untold Story of a Coach, Navy Rowing, and Olympic Immortality by Susan Saint Sing “Rich in history, with brave characters, American ingenuity, and dramatic training and competition, THE WONDER CREW is the first comprehensive account of the 1920 Olympic Navy crew team and their inspirational coach who forged the dramatic story of their quest for Olympic gold.” 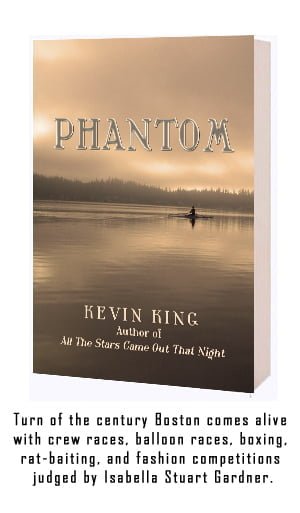