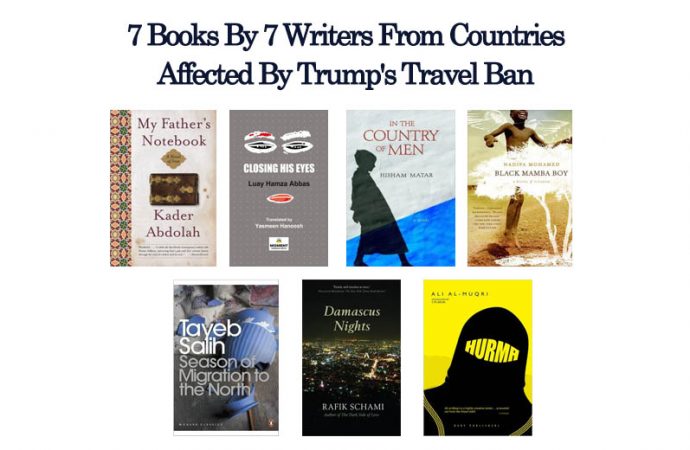 1. Iran: My Father’s Notebook: A Novel of Iran by Kader Abdolah

“A stunning and ambitious novel by a singular literary talent, My Father’s Notebook is at once a masterful chronicle of a culture’s troubled voyage into modernity and the poignant, timeless tale of a son’s enduring love.” “The stories are more like vignettes but they are vignettes of normal people who are just trying to live their lives in a world where violence, fear, disillusionment are everyday occurrences. There is no talk of ideology or of politics, there are just ordinary people trying to do the best they can.”—Review via Amazon.com

3. Libya: In the Country of Men by Hisham Matar “In the Country of Men is a stunning depiction of a child confronted with the private fallout of a public nightmare. But above all, it is a debut of rare insight and literary grace.” “Bursting with life and a rough joyfulness, Black Mamba Boy is debut novelist Nadifa Mohamed’s vibrant, moving celebration of her family’s own history.”

5. Sudan: Season of Migration to the North by Tayeb Salih, Denys Johnson-Davies (Translator) “Season of Migration to the North is a rich and sensual work of deep honesty and incandescent lyricism. In 2001 it was selected by a panel of Arab writers and critics as the most important Arab novel of the twentieth century.” “A sly and graceful work, a delight to readers young and old, Damascus Nights is, according to Publishers Weekly, ‘a highly atmospheric, pungent narrative.'” “Denied her voice, even the freedom to ask questions, al Mugri’s ill-fated heroine remains nameless. As a female she is simply a ‘Hurma’ – literally ’sanctity’, an entity to be protected from violation. Growing up in the stifling and oppressive atmosphere of her childhood home in the Yemeni capital of Sana’a, Hurma’s story intersects with those of her elder siblings.”