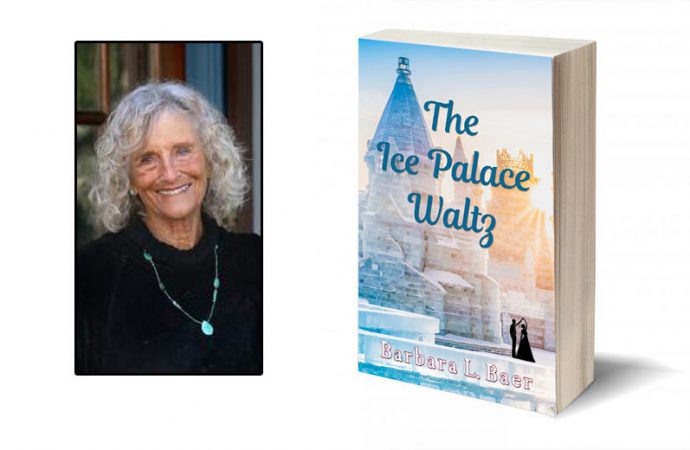 Spanning decades and crossing the country from Colorado to New York to California, The Ice Palace Waltz by Barbara L. Baer follows two Jewish immigrant families as they love, lose, and experience the enduring power of family during the early twentieth century. The author Barbara L. Baer talks to Book Glow about the book. In The Ice Palace Waltz, two Jewish immigrant families—the rough and ready western pioneers and the smooth ‘our crowd’ New Yorkers—come together in a riveting family saga amid the financial and social turmoil of early 20th Century America.

The 2008 financial crash that caused great losses for so many people—hopes dashed, homes taken away, lives upended—echoed my family stories of death, loss and marriages of convenience forced by the financial upheavals of the early 20th Century. I’ve always wondered at how the next generation—my parents—were able to meet in a middle ground: one whose childhood provided every comfort, the other who grew up hungry, barely surviving. Writing The Ice Palace Waltz gave me a way to explore both my own heritage and the larger sweep of the American boom-to bust-economy.

I was thinking about writing this family saga for the last decade but didn’t work on it consistently because two other novels, The Ballet Lover and The Last Devadasi, needed a lot of work before Open Books published them. I rewrote both extensively, then turned to The Ice Palace Waltz; from the beginning, I loved recalling family history, opening boxes with photographers and letters including my grandmother’s wedding book with the words she wrote the day she married and the day she lost her young husband. There was so much I didn’t know and that’s where my imagination had a heyday.

The more fiction I write, the more I love being able to create characters, imagine their feelings, actions, destinies, while at same time I know, as a former journalist, that facts matter. Historical mistakes are as maddening in fiction as in non-fiction. I honor the historians from whose books I took the facts I needed.

Maybe Anna Karenina, though I’m not sure it influenced me, rather that it so moved me, as it still does each time I re-read, that I have to say it’s the book of my life. Anna Karenina touches the heart of our experience in life—the whole story, from love and tragic loss, high drama and foibles, life in the city and on the great rural estates, the leading roles and the secondary characters whose interior lives rich beyond anything else in literature.

Sometimes on a notepad in the midst of another activity when an idea or a sentence a character speaks comes to mind; sometimes at my desk looking out on redwoods; mostly at the computer screen.

The hardest part for me is diving deeply into a character and meaning of what I want to express. I can much more easily flit and skip with conversation but if I’m using an omniscient narrator as I did in The Ice Palace Waltz, finding out what a character wants and is really about takes lots of effort. After much avoidance, I have to wait for one of those moments, when I’m driving or doing something else, for the meaning of what I’ve have failed to reach deep down enough to surface. When I’m lucky and the idea or feeling rises up, I have to grasp it quickly but lightly, like a silver fish in the air.

The same advice I give myself: know that it’s never easy to get deep down deep into your character and situation. You don’t want to let it escape but don’t want to relish it too much. Hemingway’s phrase about throwing out your favorite sentence is still so true.

I’ll be pulling together short stories written over many years, scattered in publications long vanished that I may never find, some hidden away in computer files. I don’t want them to be lost. Friends tell me I should write my autobio because I’ve lived so many places and had unusual, amazing experiences over a long life, but I feel I’ve put enough into stories, essays and novels that I don’t have much left nor real interest in telling these adventures again. 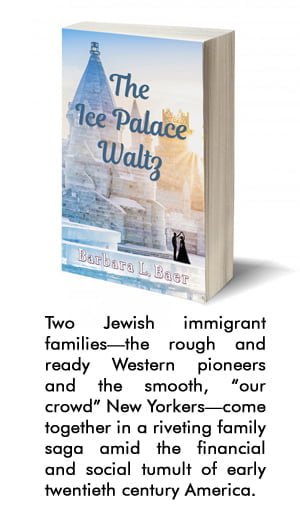