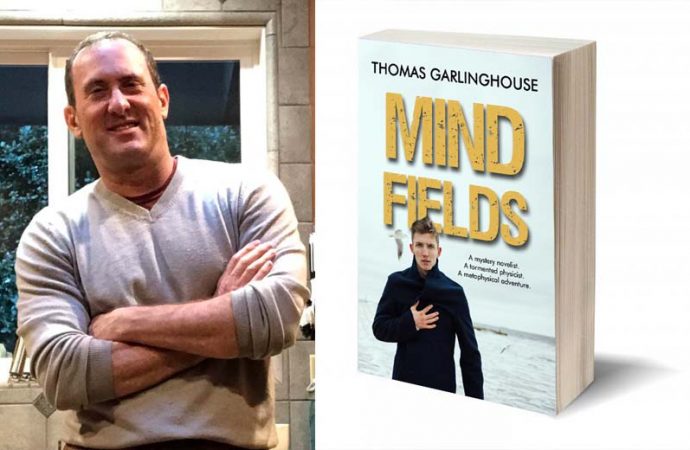 A mystery novelist. A tormented physicist. A metaphysical adventure. From the Chinese takeover of Tibet in the early 1950s to present-day San Francisco, Big Sur, and Northern California, Mind Fields is a story of adventure, loss, mysticism, and ultimately, the importance of friendship and connection. The author Thomas Garlinghouse talks to Book Glow about the novel. A mystery novelist and a physicist with a painful past embark on a metaphysical adventure.

I’ve always been interested in the history and culture of Tibet ever since reading Heinrich Harrer’s Seven Years in Tibet when I was a teenager. Then when I came across Alexandra David-Néel’s Magic and Mystery in Tibet a few years later, and learned about some of the more esoteric concepts of Tibetan Buddhism, I felt a novel about Tibet, or at least a story with Tibetan elements, would prove an interesting challenge. But I was hesitant to set the novel entirely in Tibet because I felt I didn’t know enough about the country and culture, nor had I ever been there. So, I decided on a compromise—put the story a modern, familiar setting but use the Tibetan context as the fulcrum upon which the story pivots.

Mind Fields took me about a year to write, though the writing wasn’t done in one wild, caffeine-fueled stretch of uninterrupted writing frenzy. It proceeded along in fits and starts. There were a few months when I didn’t work on it at all, whereas other months I spent several long days and nights writing. After I finished it—or at least a first draft—I let it sit for a few months before I looked at it again. Then I edited it several times before I got it to a point that I considered finished.

Not at all. I don’t consider myself a one-genre writer. My reading is very eclectic—I like everything from historical fiction and science fiction to psychological thriller and murder mystery—and I’d like to think my writing is as eclectic. I’d love to tackle historical fiction; in fact, my next novel takes place in 1930s Hollywood, right before the Second World War.

The book that has been most influential in my life has been W. Somerset Maugham’s The Razor’s Edge. I keep coming back to it over the years; I’ve read it three times and each time I’ve enjoyed it more than the previous reading. It takes place in the years after the First World War and is about a man’s spiritual quest. It was one of Maugham’s last novels and, I think, his best.

I typically write at a desk in my home office. That’s where I feel most comfortable. I can close the door and tune out the world, though I allow my dog, Dashiell, to come inside. He normally likes to crash out on the couch or lie at my feet while I write.

When the Muse does not descend. While I typically enjoy the writing process, there are times when writing doesn’t come easy, and you find yourself beating your head against the wall to string a coherent sentence together. When this happens, find something else to do—go for a run, chop wood, go surfing, take your dog for a walk, whatever. Nine times out of ten when you come back to your work, you’ll be refreshed and ready for a long marathon session. Offering a sacrifice to Athena doesn’t hurt, either.

Yes! Don’t give up on your dreams of being a published writer. Take each rejection as a learning experience, and as an opportunity to improve and hone your writing skills. Like anything, the more you do it, the better you’ll get at it. Rejection doesn’t say anything about you personally nor is it generally a reflection of your writing. More often than not, it’s simply a business decision. Also, pay close attention to publishers. See what kind of books they publish and figure out if yours is a good fit. You can save a lot of time and hassle by putting in the effort of searching out an appropriate publisher.

Currently, I’m working on a novel about the Golden Age of Hollywood. Like Mind Fields, it has a supernatural element. 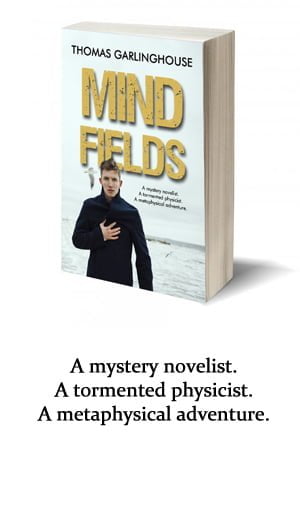