Review: Made To Break Your Heart: A Man’s Perspective About His Family And Temptations Of Infidelity 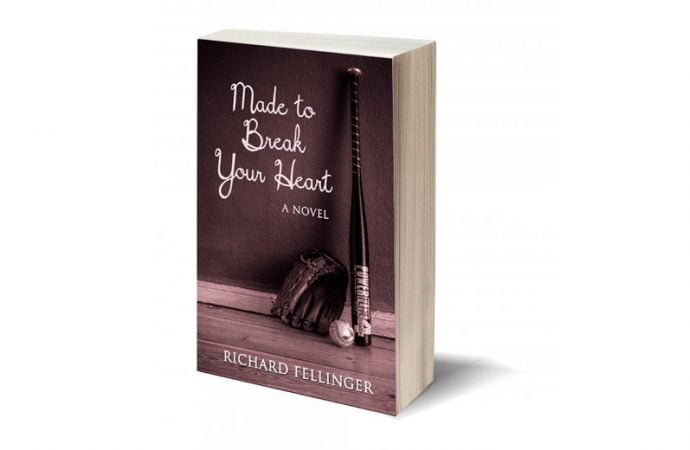 Made to Break Your Heart tells the story of Nick Marhoffer, a married father of one. When his son, Wesley starts to play baseball, Nick becomes the team coach and quickly becoming involved to the point of obsession with Little League as a way of escaping the stresses of his everyday life. Very soon he becomes drawn to the Mum of one of the players on his team, and thus begins a moral conflict for Nick – his wife, or the other woman. Made to Break Your Heart: A Novel by Richard Fellinger

I was initially drawn to Made to Break Your Heart because I was intrigued to read about the temptations of adultery from the flip side. As far as memory allows, I cannot recall having read a novel from the male perspective when he is also the purported adulterer. I have read multiple novels which explores the feminine voice in the ‘woman scorned’ scenario, but I was really interested to find out what may make a seemingly committed family man become inclined to cheat on his wife.

I spent much of the novel feeling conflicted towards Nick. The entire novel is told solely through his perspective and the author has done a great job of creating a pretty normal, likeable character who is behaving, at times in an unlikeable way. I could not condone his thoughts or behaviour and I spent much of the time feeling a great deal of anger towards him. However, I also felt as if he was unswervingly honest throughout and that I had a unique insight into the male mindset. Whilst I did have some sympathy for Nick, and at times I did understand his point of view, this was severely knocked by his continued indecision, his desire to cast himself as the victim and his inability to take responsibility for his own actions. I really wanted him to step up and be the husband and father his family needed him to be, and at times I really wanted to virtually slap him and make him see sense. The events throughout the novel leave him lost to the point where he questions every aspect of his life. He is essentially going through a mid life crisis.

I felt that his observation of the two women in his life, Marcy (his wife) and Tess (‘Diet Coke Mom’) was an interesting development throughout the novel. Initially, his wife is portrayed as dull, mundane and a bit of a nagger, whilst Tess seems shrouded in sunshine and sparkles at every sighting. As the novel progressed I found it really interesting to see how Nick’s narration and his reactions towards his wife altered as events unravelled and the novel steamed towards its conclusion.

I’ve recently read quite a few thrillers, and so I really enjoyed the change of pace that this novel offered. There is no major twist, no crimes committed, no skeletons leaping out of closets. It is very much about everyday people, dealing with the usual ups and downs of family life. It is utterly relatable and because of that it feels close to home. The beauty is in the smart, witty and honest narrative which is delivered wonderfully by Fellinger.

The Marhoffer’s home town of Misty Hill which features a great cast of hypocritical gossip mongers, is bound to be a universally recognised setting and deserves a special mention, especially as it serves to drive the story forward on many an occasion. In addition, the backdrop of baseball, and the smaller Little League community of the town features heavily. Although I know nothing about the sport (I’m British!), some of my favourite scenes were actually on the baseball field. There were some moments, often humorous, that I’m sure will be very familiar to American readers. I also liked to see how the internal strife Nick was feeling was mirrored in his struggles as a baseball coach to the point where the two became intertwined.

The author has a lovely style of writing which is easy to read and very engaging and so despite my conflicted feelings towards Nick as the protagonist, I really enjoyed the reading experience. Made to Break Your Heart is a simple tale of family life, which I am sure will strike a chord with many who read it. I would eagerly read another novel by Richard Fellinger. 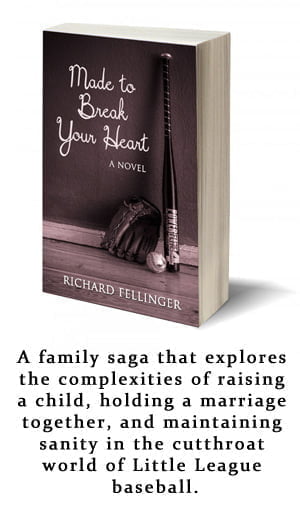