Review: The Swan Keeper: A Daughter Seeks Justice For Her Father’s Murder In 1920s Montana 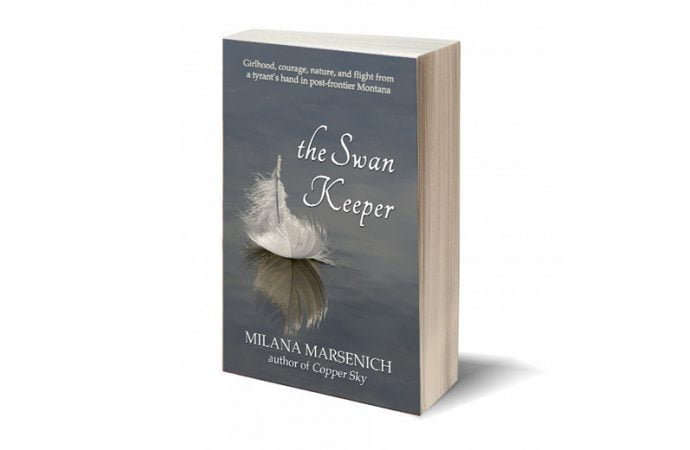 Girlhood, courage, nature, and flight from a tyrant’s hand in post-frontier Montana.

This book really surprised me!

I loved the way it started out:

Lilly told three lies to go with her father one stormy afternoon when she was ten, the afternoon that she first learned about the swan killer. She said she’d done her chores, she forgave Pa for fighting with her mother, and she wasn’t afraid.

I’m not sure what it is with me picking books featuring liars lately, but I seem to be addicted to them. (Lies that Bind Us, All That’s Left of Me, The Irrationalist, Truth Seer)

It turns out that Lilly is good not just at telling lies, but she can also tell when others are lying – her mom, dad, sister, her mortal enemy – Dean Drake… but it doesn’t seem to occur to her that they must know when she’s lying too. She’s growing up, but even with her “tiny” lies, there’s still so much innocence left in her – even after her father is killed.

So much is thrown at her, and yet she faces every challenge in her life head on. I love her stubbornness and her deep drive to see justice carried out even when it means putting herself in danger! Being someone who loves children deeply, I connected with Lilly on such a deep level that my husband had to remind me that she wasn’t a real child… twice!

(I just wanted to be able to hug her, let her know I was there for her, and that everything was going to be okay. That’s totally normal when we’re talking about a fictional character…)

The Swan Keeper is divided into four parts – White Swan, Dark Swan, In Flight, and Landing. In each section Lilly changes and grows spiritually and emotionally. True to life, she’s not the same person at 10 as she is as a 12 year old at the end of the book. But her journey is FAR crazier than what most preteens experience.

And amid all the craziness happening around her, she’s experiencing her first crush on a boy. She’s known Jerome West her entire life, but suddenly he’s becoming something else to her entirely and she has no idea what to do with those emotions. I found Lilly’s interactions with Jerome as her feelings for him started changing absolutely adorable!

Just when I thought I couldn’t love Lilly anymore, I think I may have found a new favorite bookish quote from her in this book as well…

Books were full of information. She’d learned to consult books and thank God. It was a good system.

Read that and pretty much screamed in my brain, “Me too, Lilly!  Me too!!!” (Again, it’s totally normal to have imaginary conversations with fictional characters… Stop judging me!!!)

As much as I ended up loving this book, I wasn’t so sure about The Swan Keeper when I first started reading it.  There were a couple of pages before the first chapter that I assumed was a prologue. It didn’t make sense to me until the end of the book, when I realized it was basically excerpts from the last part. I really wish I had just skipped it and gone straight to Chapter 1… if you pick it up, I suggest you do the same!

My only other complaint is that there are a couple of times where people speak and it doesn’t seem completely normal to me. For instance, a character that uses the word “‘specially” for “especially” would use “isn’t” instead of “is not.” That might not throw other readers, but things like that stick out to me and drive me batty if it happens too often. Thankfully, it only happened a couple of times in this book so it wasn’t a deal breaker for me. 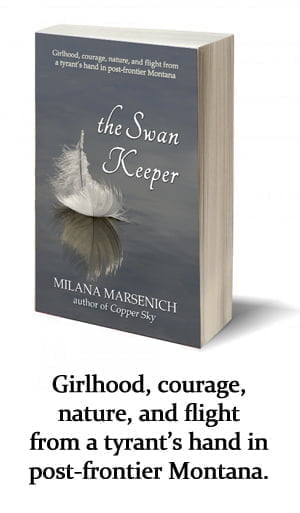