Standing Alone Together: 7 Books About The Power Of Women United 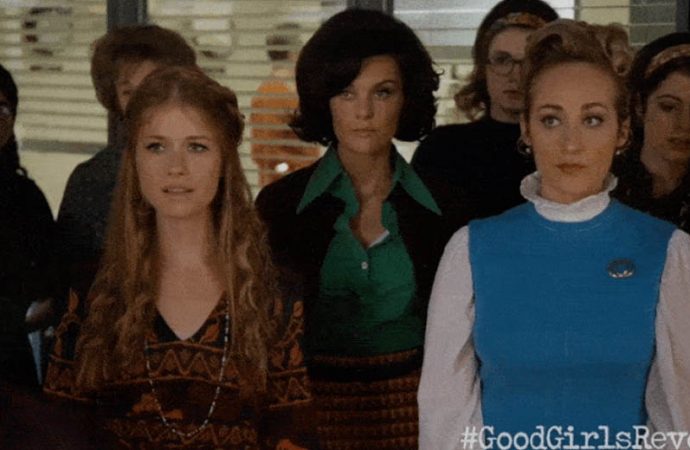 These 7 books about the power of women united prove the advantage of female friendships and support groups for professional women breaking the glass ceiling.

1. The Group by Mary McCarthy “Mary McCarthy’s most celebrated novel follows the lives of eight Vassar graduates, known simply to their classmates as the group. An eclectic mix of personalities and upbringings, they meet a week after graduation to watch Kay Strong get married. After the ceremony, the women begin their adult lives, traveling to Europe, tackling the worlds of nursing and publishing, and finding love and heartbreak in the streets of New York City. Through the years, some of the friends grow apart and some become entangled in each other’s affairs, but all vow not to become like their mothers and fathers. It is only when one of them passes away that they all come back together again to mourn the loss of a friend, a confidante, and most importantly, a member of the group.”

2. The Best of Everything by Rona Jaffe “When it first published in 1958, Rona Jaffe’s debut novel electrified readers who saw themselves reflected in its story of five young employees of a New York publishing company. There’s Ivy League Caroline, who dreams of graduating from the typing pool to an editor’s office; naive country girl April, who within months of hitting town reinvents herself as the woman every man wants on his arm; Gregg, the free-spirited actress with a secret yearning for domesticity. Now a classic, and as page-turning as when it first came out, The Best of Everything portrays their lives and passions with intelligence, affection, and prose as sharp as a paper cut.”

3. She Persisted by Chelsea Clinton “Chelsea Clinton introduces tiny feminists, mini activists and little kids who are ready to take on the world to thirteen inspirational women who never took no for an answer, and who always, inevitably and without fail, persisted.”

“On March 16, 1970, the day Newsweek published a cover story on the fledgling feminist movement entitled ‘Women in Revolt,’ forty-six Newsweek women charged the magazine with discrimination in hiring and promotion. It was the first female class action lawsuit–the first by women journalists–and it inspired other women in the media to quickly follow suit. Lynn Povich was one of the ringleaders. In The Good Girls Revolt, she evocatively tells the story of this dramatic turning point through the lives of several participants. With warmth, humor, and perspective, she shows how personal experiences and cultural shifts led a group of well-mannered, largely apolitical women, raised in the 1940s and 1950s, to challenge their bosses–and what happened after they did. For many, filing the suit was a radicalizing act that empowered them to “find themselves” and fight back. Others lost their way amid opportunities, pressures, discouragements, and hostilities they weren’t prepared to navigate.”

5. Waiting To Exhale by Terry McMillan

“From the critically acclaimed author of A Day Late and a Dollar Short and The Interruption of Everything, a wise, earthy story of a friendship between four African American women who lean on each other while “waiting to exhale”: waiting for that man who will take their breath away.” “​Before dawn in January, 1975, Emily Winter detours from her normal route to work in the newsroom of Chicago’s top pop rock station to investigate a crime scene. The police believe the body on the street is a suicide. Emily is stunned to discover that the dead woman is a dear friend since high school. Drawing on an eclectic roster of news sources, WEL colleagues, her own considerable talent and determination, as well as a group of female friends known as The Rules Committee, Emily uncovers the full story of her friend’s death in a remarkable confrontation which produces front page headlines.” “Chicago journalist Emily Winter is back. It’s Spring, 1977, and she’s the first reporter on the scene of a gruesome murder in the Chicago offices of CARD, a successful civic organization that investigates corruption in City Hall. Although she has proven herself a skilled reporter with at least one headline making story to her credit, her new TV boss orders her to stay on a more ladylike beat—lifestyle, entertainment and feature stories. Determined to overcome the sexism that infuses her career, Emily negotiates her way into hard news coverage, including the murder at CARD. But Emily faces major obstacles on all fronts as she pursues the killer. One of her male colleagues, threatened by her rise within the newsroom, makes every effort to prevent or impede her work. Emily persists, drawing on her journalistic instincts while relying on a large, entertaining roster of sources and allies including her eccentric husband Ben, his beloved Uncle Max and the ladies from The Rules Committee, all intimately familiar with glass ceilings.” 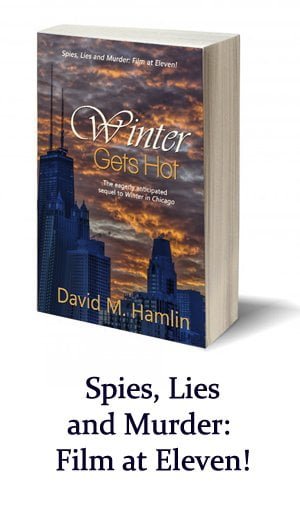