The Virtual Life Of Fizzy Oceans By David A. Ross | Official Book Trailer 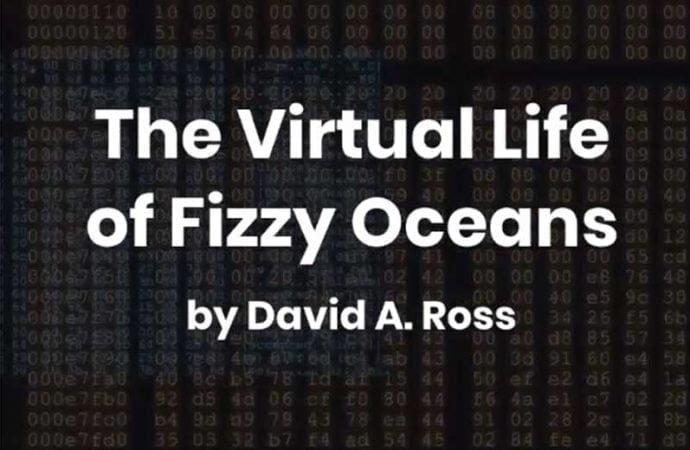 On her travels she witnesses The Exodus, the Battle of Gettysburg and Hurricane Katrina, as well as many other historical and real time events.

She meets notable individuals including Gandhi, Mark Twain, Jacques Cousteau, The Dalai Lama, Saddam Hussein and even a new species called the Quinngen.

Such unique experiences and encounters spanning the world and time as we know them would not be possible for a single individual—especially not for a woman named Amy Birkenstock who works as a medical clerk in Seattle, Washington—but Fizzy Oceans, Amy’s digital alter ego, is not in Physical Life.

She lives, works and travels in the virtual world where the dead are very much alive, places like ancient Babylon and Pompeii have been reconstructed, and with the click of a button—WHOOSH!—one is transported throughout the Ages to events and destinations that make up our human history.

The Virtual Life of Fizzy Oceans imagines the bridging of two worlds—the literal and the metaphorical—and questions what it is we have created, what has been lost, and what might be possible for us as individuals and for the Human Race.